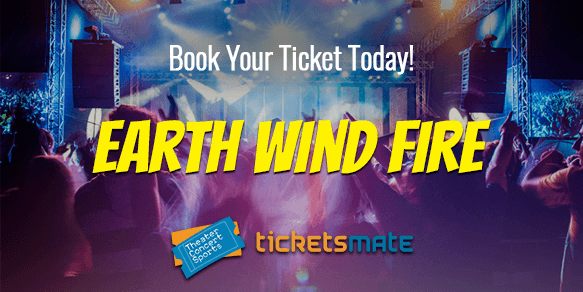 Earth, Wind & Fire formed in 1969 in Chicago, Illinois when a new brand of pop music was being developed. This type of music had strong African and African-American influences, particularly jazz and R&B. This new hybrid appealed to the masses, and brought Americans together in celebrating multiculturalism. Maurice White, founder of Earth, Wind & Fire, started with the Ramsey Lewis Trio 1967. Signed to Chess Records, the Ramsey Lewis Trio was Maurice's first experience with performing on stage, and it also helped shape his musical vision. In 1969, Maurice left the Ramsey Music Trio and joined his two friends, Wade Flemons and Don Whitehead. This group became known as the Sallty Peppers. The group found success in songwriting as well as composing songs and commercials in the Chicago area, though there recorded song "La La Time" with Capitol was only a marginal hit.

The bands self-titled debut album, Earth, Wind & Fire, was released in 1971 and received critical acclaim. There next album, The Need of Love, was released in 1971 and found equal popularity. However, the band was still broke and becoming restless, and the members split up, leaving only brother Verdine and Maurice. In 1972, the band reformed with a new lineup, including vocalists Jessica Cleaves and Philip Bailey, Ronnie Laws on the flute and saxophone, Roland Bautista on rhythm guitar, Larry Dunn on keyboard, and Ralph Johnson on percussion. Earth, Wind &Fire switch to Columbia Records and released the album Last Days and Time, which featured mostly original music but also classic covers of "Where Have All the Flowers Gone?" and "Make it with You".

Earth, Wind & Fire hit their stride between 1973 and 1980. Ronnie Laws and Roland Bautista left, and were replaces by Andrew Woolfolk, Joe Henderson, and Al McKay.  The band released the album Head to the Sky which gave the group their first legitimate hit singles "Evil" and "Keep Your head to the Sky".  Earth, Wind & Fire continued producing more hits, such as "Mighty Mighty", "Devotion", and "That's the Way of the World". "Shining Star", perhaps the band's most loved song, was inspired by Maurice's walk under the star-filled skies that surrounded the mountains around Caribou Ranch, CO a popular recording site and retreat during the '70s. "Shining Star" was number one R&B for two weeks and hit number one pop in early 1975, and it earned them their first Grammy Award. Earth, Wind & Fire Tickets are your chance to see your favorite classic songs performed live by the international superstars that made created them in the seventies.

Earth, Wind & Fire Tickets were as sought after in the 70's and 80's as they are now! As Earth, Wind & Fire shot to the tops of the music charts while receiving international fame after touring in Europe with the legendary Santana.  They performed to sellout crowds, who were spellbound by the band's stellar performances. Their mission was simple: to transmit peace, love and other happy vibrations to audiences using a combination of flashy costumes, lights, pyrotechnics and even a magical illusion or two. Earth, Wind & Fire Tickets will give you the opportunity to see your favorite band play these classic hits that may have been the soundtrack to your past! With your Earth, Wind & Fire Tickets you can see the world through the eyes of Maurice and his band, as a place of universal harmony and multiculturalism.

It was over forty years ago that the iconic band, Earth Wind Fire took the world of music by storm. Since then they have become one of the most successful bands of all time and have garnered millions of followers all around the globe. Their album ‘Holiday’ came out in 2014 and they have been on a tour to promote it. The road trip began on June 5th in Columbia before moving on to Charleston the next day. The band will also be playing a few shows in Canada along the way. The tour will then continue over the next few months before ending on the 6th of September in Atlantic City unless new dates are added to the schedule. Earth, Wind & Fire Tickets are your chance to experience the spiritual sounds of Maurice White.  Earth, Wind & Fire Tickets will allow you to transcend categories and appealed to multiple artistic principals, including composition, musicianship, production, and performance.

Santana and Earth, Wind & Fire are all set to hit the road for their Miraculous Supernatural Tour. The tour was originally planned for 2020, but due to Covid 19 and safety concerns, it was moved to 2021. Now Earth, Wind & Fire Tickets are selling for all the rescheduled dates. The trek kicks off this summer on the 18th of June in Chula Vista, CA. After some mind-blowing performances it wraps up on August 28, 2021 in Tampa, FL. Those who already have the tickets can use them on the rescheduled dates and if you haven’t, you better secure them fast. You can catch live shows of Earth, Wind & Fire after August as well because they have a performance in September at the Extraco Events Center in Waco, TX and then a couple in November as well. You can check all the dates and venues and get tickets for the show nearest to you.

American band Earth, Wind & Fire recently announced a massive summer tour across North America. The trek will also feature Chic and Nile Rodgers. So far 22 dates have been announced for the tour. It will kick off in Oakland with a show at the Oracle Arena on July 12th and then make its way to cities including Washington DC, Atlanta, Chicago, New York and Philadelphia.

Earth, Wind and Fire’s latest album to hit the shelves was ‘Holiday’ (2014). It reached the nineteenth spot on the Billboard R&B chart.

The minimum ticket price for Earth Wind Fire tickets is $36.00.

How much are Earth Wind Fire Tickets?

When does Earth Wind Fire tickets go on sale?

Do you offer premium tickets for Earth Wind Fire ?

Some of the premium tickets for Earth Wind Fire are in Atlantic City, NJ on Fri, 30 Dec 2022. Often these are front row or floor seat tickets, best available (VIP) seats. These seats are in section 103 with 2 seat(s) available.

How to get a discount on Earth Wind Fire tickets?

You can use the promo code "PROMOOFFER3" to get a 3% discount on your purchase of Earth Wind Fire tickets.

How long before the event can I buy Earth Wind Fire tickets?

Buying verified tickets is extremely important. If you are looking for Earth Wind Fire tickets, make sure you buy them from trusted sources. Book tickets from sellers who offer a 100% satisfaction guarantee and are popular vendors.

Nothing beats the joy of watching your favorite music artist perform live! Earth Wind Fire's concert dates are out and fans are looking forward to the upcoming shows. The next concert will be held in Honolulu at the Neal S. Blaisdell Center - Arena on 10-Dec-22, while the last available date is for the event scheduled for Jackson at the Thalia Mara Hall on 2-Mar-23. For complete information regarding dates and venues, please visit our website.

It took me a while to find the right website to buy New Jack City’s tickets. My dad is a huge fan of the original movie so, I wanted to give him a surprise now that its stage production was on its way to my hometown. I was on a budget and that made my task just that little bit harder. Luckily, I found Tickets Mate and got the tickets for the show very conveniently and at a very reasonable price. Now I cannot wait to see the look on my father’s face.